Paris-Nice began on this day in 1978, 1980, 1989, 1995, 2000, and 2006. Gerrie Knetemann won in 1978, then Gilbert Duclos-Lassalle in 1980 when the start line was moved to Issy-les-Moulineaux after five years in Fontenay-sous-Bois. 1989 saw the start move to Paris after a year in Villefranche-sur-Saône and Miguel Indurain, who would become world famous when he won five Tours de France, became the first Spanish victor. Laurent Jalabert won the first of his three consecutive victories in 1995.


The 2000 edition was notable for three reasons. Firstly, the start line moved back to Paris for the first time since 1990; secondly the Points leader's jersey was changed to pink and purple (which made the wearer look as though he was covered in bruises) and thirdly, the race passed into the ownership of two-time Tour de France and once Giro d'Italia winner Laurent Fignon. The winner was the German rider Andreas Klöden. In 2006, it was won for the second time by an American, Floyd Landis, Bobby Julich having been the first American to win one year previously.

Having won a silver medal at the 2000 Olympics, Meirhaeghe entered again in 2004 but was caught out when an anti-doping test revealed traces of EPO at the World Cup a short while before the Games began. Several other riders also tested positive day but Meirhaeghe refused to join them in protesting his innocence and calling the validity of the test and professionalism of the testers into doubt; instead preferring to come clean and confess that he had indeed used the drug, then announced his retirement. He later wrote a book titled Positief about his experiences, but it has only been published in Dutch and is difficult to find in other countries.

Meirhaeghe was suspended after the positive Olympic test, but returned to racing in 2006 with professional contracts in mountain biking (Versluys-Landbouwkrediet-Sportstech) and on road (Landbouwkrediet-Colnago), each for three years, and won his last National Cross Country gold medal that year. He took silver the following year and bronze the next, then retired in 2009 once his contracts expired.


Christian Knees, born in Bonn on this day in 1981, became National Road Race Champion in 2010 and was offered a contract with the Australian Team Pegasus. However, when it was announced that the team had not been successful in gaining a Pro Continental licence, he turned them down in the hope of being picked up by more fortunate team. That decision worked extremely well in his favour - he was offered a contract with the Pro Tour Team Sky and rode in the Tour de France; he is still with Sky in 2014.

Georges Chappe, born on this day in Marseilles in 1944, won Stage 4 at the 1968 Tour de France and the Critérium International in 1970 - then became Lanterne Rouge at the Tour in 1971. 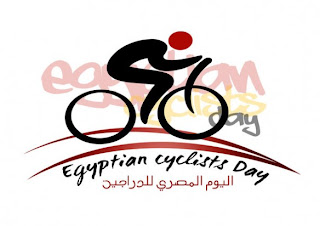 This day in 2010 brought the first ever Egyptian Cycling Day, with thousands of cyclists meeting in Tahrir Square, Cairo. The event was a success, meaning that a repeat was planned for 2011 - however, the Square became the focal point of the 2011 Revolution when the people of Egypt rose up and defeated the oppressive government, toppling President Hosni Mubarak. At the time of writing, Egypt is close to civil war as the population attempt to end military rule and so Cycling Day is unlikely to take place in 2012, and possibly not for many more years.