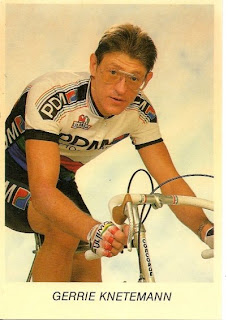 Grubb could be seen as one of the forefathers of the Straight Edge movement that has many followers among BMX and mountain bike riders - he never smoked, refused to consume alcohol and was strictly vegetarian at a time when few had even heard of such a concept and the general wisdom was that cyclists should consume vast amounts of meat before a race (Maurice Garin famously got through 45 cutlets of meat during a 24-hour race 17 years earlier).

Nevertheless, the pair fell out: by 1920 Allin & Grubb had changed its name to A. H. Allin and was selling bikes under the Davey brand. Grubb, meanwhile, set up a new business based at 250 London Road in West Croydon (an advert in Cycling, 04.03.1920, lists F.H. Grubb at the address as having "no connection to any other company," suggesting that the split had been far less than amicable and that the two men were keen to distance themselves from one another - the very imposing building is still there, but is now an ice cream shop), moving to Twickenham in 1926, and by 1924 had a shop in Brixton. That company produced what is believed to be the first British recumbent bike and lasted until 1934 when it went into liquidation - not only had it lasted fourteen years, it must also have been financially successful because when Grubb set up a new company under the name FHG, he re-employed 20 of his old staff at a new premises located at 147a Haydon's Road in Wimbledon, South-West London (that building is long gone, replaced by ugly low-rose flats). His family kept the business going after his death, then sold it in 1952 to Holdsworth, one of the most famous British bike manufacturers of the times. Holdsworth continued to produce Freddie Grubb-branded bikes right up until 1978 (Holdsworth, incidentally, are still in operation and can be found at 132 Lower Richmond Road in Putney).