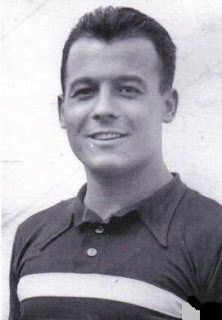 The legendary French cyclist and manager Maurice de Muer has died at the age of 90, according to reports.

De Muer won Paris-Camembert in 1944 and came second at the second edition of Paris-Nice ever held in 1946. His career, during which he remained with Dunlop-Peugeot, extended between 1943 and 1951 and he rode with some of the greatest names in cycling including the Swiss Ferdy Kübler - the oldest surviving Tour de France winner at 92.

After retiring from competition, de Muer moved into team management and worked as a directeur sportif for Bic, Pelforth and Peugeot; training Tour winners Luis Ocana and Bernard Thevenet in his new role.

He had been living in a retirement home since September 2011 when his house was destroyed by fire.