Ferdinand Kübler
Born in Marthalen, Switzerland in 1919, Ferdinand Kübler - commonly called Ferdi, though he prefers Ferdy - is the oldest surviving Tour de France winner in the world and the longest lived Tour winner in history. In his best years, Ferdy was like no rider seen before: an uncontrollable, impulsive, unstoppable rider every bit as likely to throw his chances away in a suicidal attack as to impress with his enormous talent. Ending his career took no less an opponent than Mont Ventoux, and he won more than 400 victories. Had he not have been limited to Swiss races in the early days of his career by the Nazi occupation of Europe, he might easily have come closer to Eddy Merckx's record of 525.

Kübler met his match on the 18th of July in 1955, the day his impulsiveness led him to make a serious mistake - underestimating Ventoux. The Giant of Provence wasn't in the mood to go easy on anyone that day, as Jean Malléjac discovered, not even realising what was happening to him when he collapsed on the seared asphalt - when the doctors got to Malléjac they found him lying flat on the stony ground with one leg still trying to turn the pedals and he didn't regain consciousness for a quarter of an hour (he wasn't the only one - no fewer than six men collapsed and needed medical assistance that day).

Kübler had believed himself able to tame the mountain. Raphaël Géminiani tried to warn him: "Watch out, Ferdy - the Ventoux is not like any other col." Kübler, with his curious habit of referring to himself in the third person, replied: "Ferdy is not like any other rider." Then he tried to sprint to the summit, and hadn't got very far before he was reduced to begging for a push from spectators to get over. On the way down, ashen-faced and in a cold sweat, he found a bar and started drinking heavily - other customers persuaded him to continue and got him back on his bike, but he set off in the wrong direction and finished in 42nd place. "He is too old, Ferdy; he is to sick - Ferdy has killed himelf on the Ventoux," he told a press conference that night, then abandoned and never returned to the Tour. He won three races the following year, then retired in 1957.

After his racing years came to an end, Ferdy bought a flower shop and became manager of the Italian Gazzola team, home to Charly Gaul; another rider who sometimes foamed at the mouth when climbing, but a climber to whom even Ventoux paid respect. He was also a friend of Tom Simpson, who bore a passing resemblance to him - Simpson, of course, died on Ventoux in 1968. Kübler is still involved in Tour de Suisse public relations work to this day. 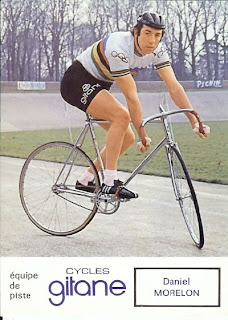 In 1963, Morelon was summoned to complete his National Service with the French Army and joined the Insep National Sports Institute, which brought him into contact with coaches and training levels operating at the top levels of cycling. Within a year, he was specialising in the Sprint and was able to beat then World Champion Patrick Sercu - and two years later, he was World Champion himself: as he would be again in 1967, 1969, 1970, 1971, 1973 and 1975. Despite their rivarly, Morelon and Trentin often rode together in tandem events and became World Champions in 1966. 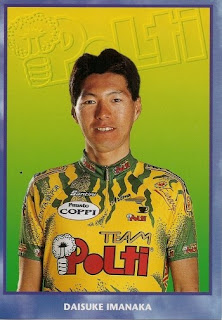