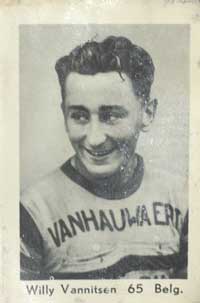 In 2011, it was announced that a new team, GreenEDGE, was being put together and stood a very good chance of being the first Australian team to receive a ProTour licence from the UCI. Gerrans was invited join and did so - which, in 2012, looked to have been a very wise decision. With them, he became National Champion for the first time, won a second Tour Down Under and then added the highlight of his career so far - victory at the legendary Milan-San Remo Monument when he beat Fabian Cancellara. The following year, Gerrans won stages at the Tour Down Under, Volta a Catalunya and Tour of the Basque Country before going to the Tour de France, where he achieved another career highlight by winning Stage 3 and then the Stage 4 team time trial. In 2014, he became National Road Race Champion and won Stage 1 and the overall General Classification and Points competition at the Tour Down Under, then enjoyed more Classic s success with a victory at Liège-Bastogne-Liège. 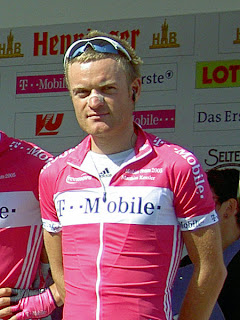 Unfortunately, what could have been a great career was marred by bad luck and doping. In the 2004 Tour de France he was left in agony after a bad crash and, while he finished the stage, didn't start the next day. In 2007, he provided a sample that was shown to contain unusually high levels of testosterone; leading to his dismissal from Astana a short while later. Things began to fall apart from that point on and he experienced difficulty in finding a new contract once his two-year ban came to an end. In 2010, while on a training ride in Algaida, Mallorca, he accidentally collided with a cat. The resulting crash left him with serious head injuries., ending his career.