Born in Herentals, Belgium on this day in 1974, Mario Aerts completed the Giro d'Italia, Tour de France and Vuelta a Espana in 2007, becoming only the 25th rider in history to have finished all three Grand Tours in a single season; his best Grand Tour result to date came two years earlier when he was 15th in the 2005 Vuelta, while his best placing in the Tour de France was 21st in 1999. He has performed better in shorter races, including wins at the 1996 GP d'Isbergues and 2002 La Flèche Wallonne. 2011 was Aerts' 14th and final year as a professional rider; in June he announced that he would be retiring at the end of the year due to cardiac arrhythmia.

Retired German track and road cyclist Gregor Braun was born on this day in 1955. Braun's greatest success came during his time as an amateur track rider, including two gold medals at the 1976 Olympics. 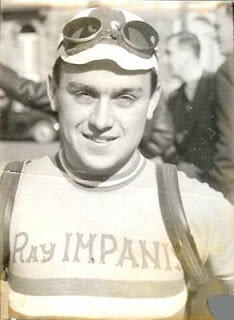 Nicknamed "The Baker of Berg" (what is it about nicknames such as "The Baker" or "The Florist" - Louis Trousselier - that makes them so much more chilling than "The Cannibal" or "The Shark"?), he did even better in the Classics; winning the Dwars door Vlaanderen in 1949 and 1951, Gent-Wevelgem in 1952 and 1953 and the Tour of Flanders in the same year as his Paris-Roubaix victory (he also won Paris-Nice for the first time that year too, repeating it in 1960). All in all, he rolled across the Paris-Roubaix start line sixteen times - a record that was not equaled until Servais Knaven made his 16th appearance, in the same year that Impanis died.


Portuguese rider Cândido Barbosa was born on this day in 1974. Early on in his career, he won several stages in the Volta ao Algarve, then also began to win stages in the Volta ao Portugal and continued to do so in the latter race until the end of his time as a professional; yet he never won either event outright. He did, however, win the Troféu Sergio Paulinho and Volta ao Distrito de Santarém. He was forced to retire after fifteen years in 2011 due to problems with both knees.

It's also retired American professional Ken Carpenter's birthday. An Olympian in 1988 and 1992 and winner of a gold medal at the 1987 Pan American Games, he was born in La Mesa, California in 1965.