Daniëlle Bekkering, born in Groningen on this day in 1976, is a Dutch speed and marathon skater who has been highly successful in both sports - as well as, since 2003, in cycling. Although she specialises in time trials, she has also won numerous mass-start road races including three editions of the Noordhoorn criterium. After spending 2003 and the first five months of 2004 with the @Home team she moved to Bik-Gios, then to DSB Bank where she remained until the end of 2008 prior to a switch to Hitec Products for 2009 and Dolmans Landscaping for 2010 and 2011. For the majority of that time, her sister Eyelien rode for the same teams. 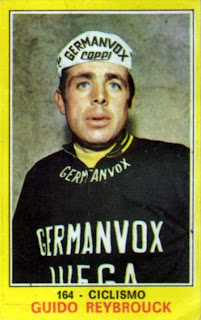