Rochelle Gilmore
Born in Sutherland, New South Wales on this day in 1981, Rochelle Gilmore began her career in cycling when she was only three years old, racing in the Under-5 Boys' BMX classes. One sport was not enough outlet for her competitive drive and at school she took part in numerous different disciplines. Unusually for a young child, she understood that natural talent - which she had in droves - and luck would not be sufficient to take her to the top and so she trained hard, getting up early every day to do so. She had already taken part in national gymnastics competitions by the time she was thirteen and realised that she could have a professional career in sport and chose to concentrate on her two favourites - surfboard lifesaving and BMX. Competing at national and international level inspired a dream to one day represent her nation at the Olympicss. However, neither of her two chosen sports featured at that time in the Games (BMX has since been added); when she was spotted by talent scouts from a local sports academy who, having then learned of her past history in long-distance athletic events, offered her a place on the academy's track cycling development program, she grabbed the opportunity. Three weeks later she won a state championship, three months later she was an Under-15 National Champion. In 1999 she came second in the Junior Points race at the World Track Championships, then four months later third in the Elite Points race at the Oceania Games.

In 2002, Gilmore won the silver medal in the Points race at the Commonwealth Games in Manchester and came to international attention, turning professional the following year and coming second in the Scratch race at the Worlds; then in 2004 she became National Scratch Champion at Elite level. In 2005 she won the Points race at the Sydney round of the World Cup and at the Oceania Games and in 2006 she was second in the same event at the Commonwealth Games. That year, having performed well in numerous events since as long ago as 2001 when she won a stage at the Giro Donne, she decided to concentrate on road racing; she won a stage at the Geelong Tour, then in 2007 stood on the podium of the GP International Dottignies, the Drentse 8 van Dwingeloo and (three times) the Giro Donne before winning Stage 1 at the Route de France and the Road Race at the Oceania Championships. The next year she won three stages at the Tour of Prince Edward Island and in 2009 two stages at the Tour of New Zealand, in 2010 the Road Race at the Commonwealth Games.

The 2011 Giro Donne could easily have brought Gilmore's career to an end after she was one of several riders involved in a crash during Stage 5. She was able to remount and reach the finish line, but after sitting down for a short while following the race she found that she was unable to walk to the team car. X-rays showed that she had fractured three ribs but, when she showed no signs of improvement a few days later, further investigation showed that she had also suffered multiple fractures to her pelvis and a fracture in her spine. Doctors told her she would be unable to walk for at least six months and couldn't say when she might be able to cycle again. 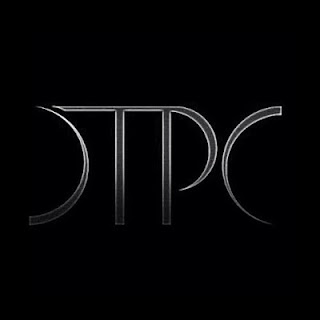 Gilmore, however, has extraordinary drive even by the extraordinary standards of professional cyclists. 20 days later she was able to walk with the aid of crutches; then only a few months later she had recovered sufficiently to compete in the Holland Ladies' Tour. That same drive has enabled her to gain a number of academic qualifications; she has studied sports science, sports journalism, fitness and advanced resistance training, sports massage, Italian (in which she has attained fluency) and business, an ideal combination of subjects for a rider wishing to move into team management - as indeed Gilmore has: having already managed two teams in the past, in 2012 she announced the establishment of a new, British-registered team known as DTPC (Dream Team Pro Cycling) Honda; Gilmore owns and manages the team and funding is provided partly by Bradley Wiggins, who indicated his desire to help develop women's cycling following his Tour de France victory. She also rides for the team which, at the close of the 2013 season, was ranked fifth in the world with 1060 points.


It was on this day in 1984 that Alberto Fernández Blanco and his wife were tragically killed in a car accident when the Spanish rider was just a month away from his 30th birthday. Fernández's best result was second place in the 1984 Vuelta a Espana, when he was beaten by just six seconds by Eric Caritoux. He finished a remarkable third in his first Giro d'Italia in 1983, 3'40" behind winner Guiseppe Saronni. His son, Alberto Fernández Sainz, is also a professional cyclist.

In 2008, Chris Hoy was voted British Sports Personality of the Year. Bradley Wiggins, Rebecca Romero and Nicole Cooke also made it into the top ten, while the Olympic Cycling Team were selected as Team of the Year - because cycling's such a niche sport in Britain and the general public take no notice of it, of course.

Happy birthday to paralympian cyclist Michael Gallagher, winner of a bronze medal at the 2008 Paralympics in Beijing and a recipient of the Order of Australia. He was born in 1978

The "Balbriggan Flyer" Harry Reynolds, who became Ireland's first cycling World Champion at the 1896 ICA Track Worlds when he beat Danish Edwin Schraeder and French Charles Guillaumet into second and third place, was born on this day in 1874 and died on the 16th of June, 1940.

On this day in 2008, Godfrey Gahemba - known as the rising star of Rwandan cycling - was hit and killed by a car during a race in his home country. Gahemba, who had been orphaned during the genocide that shocked the world in 1994 when he was three years old. He was only 17 when he died.