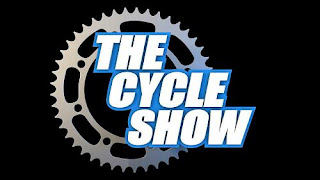 I had great hopes right from the moment this show was announced: after all, ITV4 (the broadcaster) and Century TV (the producers) seem intent on working together to ensure that the channel becomes "the home of cycling on British TV" - Eurosport having lost their claims to that title in the eyes of many cyclists when they decided to drop their coverage of an important stage at the Giro d'Italia this year in favour of motorsport.

Century TV operations director Sharon Fuller says that the show has been in the pipeline for two years, and it shows. Initial impressions were promising: it appears well-polished and the graphics, film quality and sound are excellent - this is a show in a much higher class to some of the cycling programmes that serve as little more than filler on certain cable/satellite stations. Main presenter Graham Little makes a good job of it too; his background in journalism combined with love of cycling (he began his professional career with Irish newspaper The Impartial Reporter and was team leader of the victorious squad at the 2009 Race Around Ireland) means that he is ideally suited to the show.

Co-presenter Rob Hayles hosted a segment filmed on Box Hill, the biggest climb on the Olympic road race course and a route familiar to many British cyclists. This also proved successful - while not imparting a great deal of information about the hill, hill climbing technique or the many races that have taken place there, there should always be space in any cycling show for the glorious sight of a peloton gaining altitude. The non-stop, low-volume background music throughout the segment was vaguely irritating, but that may be down to personal preference rather than anything else: for me, the most fitting soundtrack to cycling is screaming 900bpm splittercore techno; if you prefer relatively sedate generic rock (and most people do) you probably didn't even notice it. Meanwhile, we saw very little of Anna Glowinski, who only really appeared in the taster section for next week's show - I suspect that since each episode is only half and hour long (22 minutes with adverts), Glowinski and Hayles will have their time in the spotlight on alternative weeks.

The Cycle Show promises a heady brew of road cycling, MTB, BMX, commuting, leisure cycling, race coverage, bike and kit reviews, maintenance, safety, trivia and - most importantly, for many - "balanced coverage of women's cycling," the latter being especially welcome since women's cycling receives precious little coverage elsewhere. In episode one we were limited to the Box Hill segment and a short piece on cycling in cities (which was all good, practical advice; some viewers will doubtless take issue with guest and Team UK Youth owner Nigel Mansell's insistence that we should all wear helmets, but the issue is so contentious and emotive that it's not really worth discussing until somebody comes up with solid data either in favour or against); however, this being the first episode of a new series, much of the show was given over to introductory material - we'll see how things pan out in the coming weeks and whether it really is going to become the first show to give women's cycling the attention it so deserves, perhaps even put it on an equal footing with men's cycling.

Highlights
Graeme Obree, as ever, was interesting, impressive, likable, animated and articulate. The man truly is a national treasure and a genius in the best "pottering about in the garden shed" tradition; his willingness to show off his new record-attempt bike "Beastie" in these times when the big bike companies' R&D departments keep new machines under tighter wraps than Lockheed Martin's latest Skunk Works  stealth project was as refreshing. The bike, and the man himself, are fascinating.

The third guest was the very venerable Gary Fisher, one of the men credited as inventor of the mountain bike (and certainly one of the most important figures in its development from clunker to modern hi-tech thoroughbred. Fisher got to say little, giving the impression that he'd been included at the last moment simply due to being in London at the time, but his obvious admiration for Obree and the Scotsman's achievements was a highlight of the show - as was his very remarkable facial hair. The Rollapaluza roller sprint - in which Obree and Fisher went head-to-head on a pair of stationary bikes hooked up to a giant analogue meter - was a lot of fun and should prove a popular feature in future shows, and Century TV have dropped heavy hints that next week's guest Eddy Merkcx will be having a go.

Conclusion
All British cyclists should watch this show - first impressions are extremely promising and it has massive potential to become a uniting force in our sport. Fuller says that "If viewers get behind this series there will be more chance of being able to make a second series, and perhaps a series with one hour per show." They've already been given a massive boost by Bradley Wiggins' Tour success, with predicted viewing figures doubling from 250,000 to half a million overnight and a one-hour format would allow far broader coverage of cycling in general, this would dramatically increase the show's appeal. The only real criticism was the ITV4 continuity announcer talking over the "this show is sponsored by Chain Reaction Cycles" bit at the end of the closing credits - Chain Reaction have stumped up no less than 90% of the production costs and without their backing the show would never have happened, they deserve, therefore, to get their money's worth.


Early viewing figures have been greater than expected and, as a result, from the 13th of August each episode will be one hour long!


For a specialised listing of all the cycling on British TV over this week, click here.
Posted by john_orbea at 09:00