In 2010, Cantele joined the legendary HTC-Colombia team and won more Giro della Toascana stages with them; in 2011 she moved on to the British-based Garmin-Cervelo and rode alongside some of the most famous names in the history of women's professional cycling, riders such as Iris Slappendel, Carla Ryan, Sharon Laws, Lizzie Armitstead and Emma Pooley, and she became Italian Champion in both the road race and the time trial that year. Sadly, Garmin-Cervelo's women's team came to an end at the end of the year when a sponsor withdrew backing (the fact that continuing the women's team would have required the diversion of only a tiny percentage of funds going to the men's team was not missed by fans, though manager Jonathan Vaughters argued this was not possible) and the riders were left in an uncertain position for a while; fortunately the British riders, Australian Ryan and Belgian Jessie Daams all found new homes with AA Drink-Leontien.nl, Alexis Rhodes went to GreenEDGE, Slappendel to Rabobank and Cantele to a new position as captain of the Italian BePink team. With them, she has ventured into new territory and won the GP el Salvador and a stage at the Vuelta Ciclista Femenina el Salvador in South America, as well as the GP Liberazione in Italy and a stage at the Giro del Trentino Alto Adige-Südtirol. 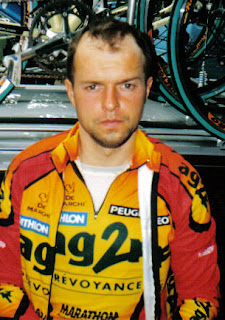