It really doesn't yet seem very long since the start of the current cycling season and the Flanders Classics feel as though they started just a week or so ago. Yet, somehow, it's already early May - and that means it's time for the first of those three pivotal points about which the cycling fan's year revolves: the legend that is the Giro d'Italia. 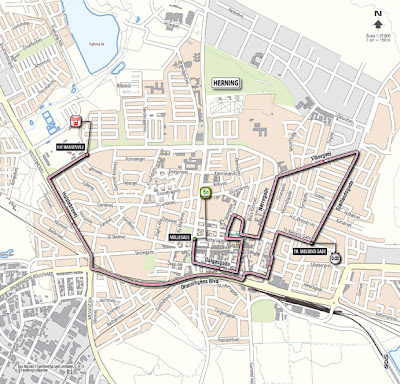 This year, the 103-year-old race makes a sortie far beyond Italy's borders and deep into the North, the opening three stages being hosted in Denmark. Stage 1 is an 8.7km individual time trial, serving as time trials do to exhibit each rider on his own in front of the crowds and allowing us to have a look at who has form, who plans on peaking for the Tour de France and who simply left the new season training until too late and doesn't have a hope. Of course, in any Grand Tour there is always a high possibility that any rider to start Stage 1 will not finish Stage 21: the finish line in three weeks and 3,503.9km away - anything could happen during that time, and a very great deal will.

Nevertheless, this is our opportunity to narrow the field down to fifteen men who - if fortune is on their side - could win. Twitter is the place to discuss the race (#Giro) in the meantime.