Racing
Truck that killed S. Korean cyclists "apparently speeding" as driver watched TV; riders named
The driver of a 25-tonne truck that first hit a van and then ploughed into a women's professional cycling team in South Korea, killing three riders and seriously injuring four others, may have been speeding; according to reports. The team's coach, who was travelling in the van, escaped with minor injuries.

"The driver said he was watching the television and only after hearing a loud noise while colliding with the van did he realize he had caused an accident," local police informed the Korea Times. "He steered left immediately and braked but it was too late. We presume he was driving at around 70 kilometers per hour. It might be that Baek stepped on the accelerator by mistake instead of the brake as he was engrossed in the drama. It seems he wasn't aware of what had happened for a while after the initial crash." Investigators have said that there were no skid marks for 100m after the point where the truck hit the cyclists, suggesting that driver was unaware he had hit them until he also hit the van.

RCS Sport - organiser of the Giro d'Italia - is said to be on the verge of signing a deal with the UCI Pro Teams that would see television rights to events shared between them, rather than all rights belonging to race organisers as has previously been the tradition. The company also organises the Milan-San Remo and Giro di Lombardia Monuments as well as Tirreno-Adriatico.

Several teams have said over the the last couple of years that they believe a share of TV rights would be a useful alternative source of income, leaving them less reliant on sponsorship. Organisers - who in the case of major races earn vast sums selling the rights globally - have been less keen. So what changed RCS' mind? Presumably, the fact that paying a share of the money to the teams would give them certain leverage in controlling which riders are sent to a race - if an organiser can influence a team to send its most popular riders, viewing figures, sales and advertising revenue will increase. 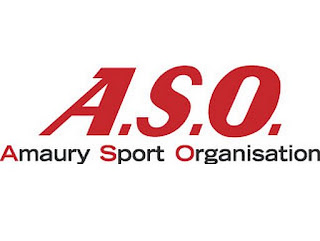 What will be really interesting is how the ASO react. As organisers of the Tour de France and numerous other high-profile races including the Tour of Qatar, Paris-Roubaix, the Critérium du Dauphiné, Liège-Bastogne-Liège, the Vuelta a Espana (shared with Unipublic) and fourteen other world-famous events, the organisation rakes in a vast sum from rights each year; giving it both the wealth and powerbase to make it a credible opponent even to the UCI - as has been proven on occasions, such as in 2008 when seventeen teams declared that they would take part in the Tour de France and not apply for ProTour licences the following year after an ASO/UCI row over the ProTour series. Whether they will be willing to give up a share on income that must surely amount to many millions - possibly even billions - of euros per year and cede a large chunk of its power remains to be seen.

Tour of the Gila
The Tour of the Gila starts today in New Mexico with a tough 151.3km men's parcours ending in a tough climb - as steep as 19% at one point - to the ancient Native American pueblo villages in the Mogollon Mountains. The women's parcours is reduced to 117.6km in length by the omission of two laps around Gila but ends with the same climb, reaching 2,071m. (Map and profile)

Tony Martin, true professional
It's still only been three weeks since World Time Trial Champion Tony Martin was hit by a car during a training ride near his home and left with breaks to his eye socket, jaw and cheekbone, yet he competed in the Rund um den Finanzplatz Eschborn-Frankfurt yesterday and came fourth despite pain. "Fortunately, energy bars soften in the sun - because I still have trouble eating," he said.

Riders to receive Grand Tour jerseys
Andy Schleck will be officially honoured as the winner of the 2010 Tour de France one day before he begins the Tour of Luxembourg. The rider, then aged 25, finish the Tour in second place behind Alberto Contador, who has since been found guilty of doping and stripped of the title. He will be presented with the maillot jaune in his hometown Mondorf-les-Bains.

Meanwhile, Michele Scarponi is to be awarded the 2011 Giro d'Italia maglia rosa tomorrow (3rd of May) in Herning, two days before the 2012 edition begins. Schleck had previously expressed disappointment at the Court for Arbitration in Sport's decision to uphold the Contador ban and even indicated that he might not accept the title (his sponsors had other ideas), but Scarponi is less reluctant: "It will be a welcome reward, a prize for a very good performance in last year's Giro," he told reporters. (AFP)

Movistar drops Quintana for Bruseghin
Movistar have deselected 22-year-old Colombian climber Nairo Quintana from their Giro d'Italia squad, with manager Eusebio Unzué saying he is concerned that the mountains in the third week - which include the notorious Passo dello Stelvio -  could prove too much for him. However, since the team is already well-equipped with climbers (Sergio Pardilla, Andrey Amador) and his replacement is Marzio Bruseghin, a time trial specialist, the truth may be that the team wishes to strengthen its abilities away from the climbs.


Tandem paracycling to be included in 2014 Commonwealth Games (UKPA)

"Mark Colbourne: After an emotional gold at the Para-Cycling Track World Championships I'm revved up for London 2012 glory" (Inside World Parasport)

"Mark Cavendish: Every rider of the Olympic road race should get a medal" (Metro)


"The widow of a cyclist killed in a road accident has been awarded more than £200,000 in compensation" (This Is Leicestershire)

"Team USA cycling star Janel Holcomb has given her support to the Cycle SMART campaign, which was launched by Surrey County Council and Surrey Police to encourage cyclists and motorists to share the road safely" (Elmbridge Today)

Worldwide
"A second man has been charged over the hit-and-run death of a 26-year-old cyclist in Perth" (9News, Australia)

"Omaha cyclist: Must it be bikers vs. drivers?" (Livewell Nebraska)