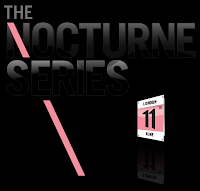 Since the IG Markets Nocturne began five years ago, it's grown into one of the most popular cycling events in Britain with a combination of top quality hard criterium racing and fun events (including the now-legendary folding bike race) that have ensured thousands of people show up for a night of free family entertainment. It also receives TV coverage; and is therefore precisely the sort of event that can benefit women's cycling - the audience, infrastructure and cameras are already in place; giving the teams a chance to prove that women's cycling is every bit as exciting, competitive and interesting as the men's. Nocturne organisers recognised this fact and decided that they'd benefit too - after all, Britain's female professional cyclists are at the pinnacle of their sport and have a small but dedicated following who will flock to any such an event.

It worked superbly well in 2011. Unfortunately for 2012, "outside influences" - namely British Cycling - have prevented a women's race from going ahead due to a race they organise and which takes place the next day. Are the riders' pretty little heads likely to become confused as to which race they should enter? Are they too weak and feeble to do both? Or is it just sour grapes due to the fact that the Nocturne is a bigger, more successful event than the British Cycling race? (The organisation has been contacted for a response and it'll  add it to this article if they provide one.)

Teams not consulted
Cyclopunk approached Stefan Wyman, manager of the British-based Matrix Fitness-Prendas team, to find out if teams had been consulted in the making of the decision. He sent us the following response:


"The Smithfield nocturne was a stand out event in 2011.  Professional promotion, closed circuit, exciting commentary and a huge crowd, made for a thrilling evening race.  This was all topped off with television coverage making this event exactly what I feel women’s cycling in the UK needs.

My team spent the day with a sponsor on their trade stand and we handed out over 400 signed team fan cards during the event.   This kind of sponsor and fan interface is another big factor missing in women’s racing.

I understand trying to help promote a national series race in the north of England, but I think that encouraging the cancellation of what was in my opinion the UK’s premier women’s criterium is very short sighted.  We are crying out for more races, and we need opportunities for riders in both the North and the South.  I personally believe that riders that want to compete in both, will compete in both, as they did last year.  But we need CHOICE.

Perhaps a better and more practical solution to getting riders committed to the National Series would be an increase in overall prize fund, or an adjustment to the rules that encourages greater participation.  Surely cancelling other progressive events is not the answer?

I also feel the most disappointing part of this affair is the lack of consultation with women’s teams and riders in the UK.  Me, nor my riders were consulted as to whether it was a good idea, nor according to what I have read elsewhere were any other riders.

Perhaps it’s time we start a women’s cycling council in the UK to take forward the work done in the past by the WCRA [Women's Cycle Racing Association]."

"So British Cycling have asked Smithfield Nocturne NOT to hold a women's race because it makes the girls tired for a big BC race the next day. The last I checked we weren't living in North Korea and we are allowed to choose how we spend our time. The Nocturne Women's race is one of the most talked about on the calendar, it's the one we get bubbly with excitment for. It took a big effort and some beautiful support for it to happen in the first place, just to have it taken away, it totally sucks!!!"

Does BC have women's cycling's interests at heart?
Wyman's point concerning a council promoting women's cycling in Britain is a good one and likely to be shared by Emma Pooley, who has been calling on the women's peloton to unite in an effort to get fairer deals for female cyclists for some time. Right now, it would seem that riders, managers and those with an interest in women's cycling need to push for that more than ever, because with this sort of attitude from the National Federation those who wish to promote women's cycling and ensure it receives the exposure it has for so long deserved have an even harder task ahead of them than was previously thought.

How you can help
Keep an eye on Mule Bar Girl for petitions and further details and you can contact British Cycling to share your opinions on their misguided decision via this link. Nocturne organisers have hinted that if there is sufficient support, they may decide to go ahead with the race anyway - for more details and a pre-prepared email, click here.