It's truly the end of an era. 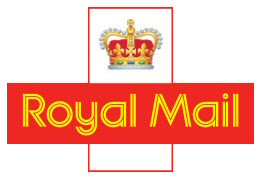 Worldwide, organisations and companies are striving to find more environmentally-friendly ways of carrying out their business, even those that couldn't care less about cutting pollution because they're well aware that many of their customers do. Many are looking to the humble bicycle as an ideal means of making short-journey deliveries - bikes are ideal for this purpose because they don't emit noxious fumes, are cheap to buy and run and, during the busy times of day when many deliveries are made, can often prove a faster form of transport than cars and vans as they can nip through heavy traffic and use all sorts of routes not open to motorised vehicles.

Except the Royal Mail, who have just announced that posties in Cambridge, England, will no longer get about on their trusty red steeds and will instead be provided with vans. This is part of a "national agreement" - so expect to receive your last mail delivered by bike soon.

According to a report in the Cambridge News, the Post Office "needs to make its delivery routes as efficient as possible." Hang on a minute - aren't bikes supposed to be the most efficient form of transport around? Yes, according to a report by the John Hopkins University of Baltimore, Maryland, which found that a bike drivechain without selectable gears could be as efficient as 98.6%. Bicycling Science, a study produced by David Gordon Wilon and Jim Papadopulous, published in 2004 by MIT Press, achieved a similar result of 98.5%. Selectable gears - which your average postal operative worker is probably going to want if her daily round has any hills - may reduce this figure by 15%, down to 83.5%.

However, if we look at the efficiency of some other forms of transport by converting figures into a form most recognisable to the majority of us - miles per gallon - then some interesting facts arise.

Let's start with a human being. We'll call him Fred. Fred's a very average kind of bloke - he's about five feet and ten inches tall, or just a smidge under 1.80m if you prefer your measurements metric-flavoured, and he weighs 140lb - 64kg. In other words, he doesn't stand out in a crowd; being neither tall nor short, not fat nor skinny. He works in an office, drives a Volvo and likes Jeffrey Archer novels too (but hey, someone's got to).

Now, one day Fred's Volvo has to go to the garage, meaning that he's got to walk to work because the Tory spending cuts have seen to it that there's no bus service between where he lives and the office. Being of average height and weight, Fred will need around 80kcal of energy for each mile he walks - if he was French, that'd be about 205kilojoules per kilometre. One gallon of petrol contains somewhere in the region of 114,000BTU (British Thermal Units) of energy, or 120megajoules, depending on blend (personally, I prefer a single malt). That's actually pretty good - Fred is managing about 360mpg, which would be 153km/L in a Citroen. Trouble is, no Citroen on sale today can achieve anything like that efficiency - nor can any other car. In fact, even the Fiat 500 Twin Air - the most energy-efficient car on sale to the public in 2011 - only does 68.9mpg (29.3km/L on the Continent). And according to the EU, most car manufacturers lie about fuel consumption, claiming figures as much as 20% higher than reality.

Fred was knackered when he got to work. He's not fat, but those cushy Volvo seats have turned him soft and he's not very used to exercise these days; so he was very glad to get his car back ready for work the next day. It's a pity he didn't borrow his daughter's bike instead, because his daughter - her name's Rachel, by the way - has worked out that if she keeps her bike in good condition then  the ride to and from college is much easier. So, she keeps it clean, oils the chain, replaces the gear cassette whenever the teeth look worn and has fitted a good quality set of road tyres. As you're probably beginning to realise, Rachel is quite a bit more adept with mechanical objects than her dad is. Because of this, a man of Fred's build would only need 43kcal per mile to ride it at 10mph (16kph) - more than three times greater than the average walking speed for almost half as much energy. That, ladies and gentlemen, is some 732mpg (311km/L) and is technically termed an epic win.

At present, the postal delivery system is made less efficient due to a special van delivery having to be made to deliver large items - an increasingly common occurrence now that many people buy a wide range of household items online. However, there's a bike suited to the task: that thing in the picture above is a LongJohn freight bicycle, manufactured by S.C.O. of Sweden. It looks a beast and it is one - it weighs 84lb (38kg), which is a hell of a lot for a bicycle. However, it can carry 220lb (100kg) in addition to the rider. That's a lot of letters and a good few parcels too.

Of course, there's no way that even the fittest postman in the world is going to manage 83.5% efficiency pedaling a bike that; weighing in when fully loaded with his round and himself at 368lb (167kg) - but the LongJohn isn't quite as Victorian as it first appears: it's got a modern sealed bottom bracket, a 46 tooth crankset, an Sram 3-speed hub gear and low-friction bearings throughout. Combine all that with the relative inefficiency of even the most efficient internal combustion vehicles, and it's evident that the LongJohn would still be a lot more efficient than any van the Royal Mail can buy - even the most efficient electric vans are only three times more efficient than an internal combustion van.

Oddly, it seems that the brains in the Royal Mail's policy planning department have already recognised that the change is going to make the service less efficient, not just in terms of the efficiency of the vehicles used but also in the success rate of the service they offer - they state that "many" households and businesses will still receive their mail by lunchtime.

Even if we assume the posties are all blatting about the place in Fiat Twin Airs, the bike beats the car hands down every time - especially when we remember that the cars/vans are going to be a lot less efficient when loaded up, too.
Posted by john_orbea at 16:18