Day of carnage on Israeli roads

Saturdays, being the sabbath in the Jewish faith, tend to see an increase is numbers of cyclists on Israel's roads and as such emergency medic crews prepare themselves for the accidents that they know are statistically more likely to happen on that day. Today, however, has been a day of carnage with two deaths and several injuries, adding to a wave of cyclist fatalities in the Mediterranean nation.

Police are still investigating a accident that left two cyclists critically injured by a vehicle near Kiryat Malachi in the Southern District early this morning. Later on in the morning, an 18-year-old fell asleep at the wheel and ploughed into a group of cyclists on Highway 3 in the same region. Two 40-year-old cyclists were killed, two more critically injured and three left with non-life-threatening injuries. The driver was found to be on his way home from a night out in Ashdod and has been tested for alcohol, but no further details are yet available. 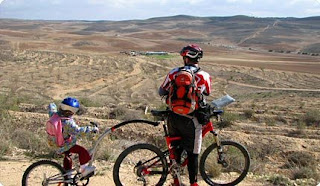 Cycling is increasingly popular in Israel, both as a sport and for environmental reasons; despite the vulnerability of cyclists to attack - Hamas and other armed groups having been known to take potshots at people riding bikes in the past. As a small nation, it's possible to get to most locations within a relatively short time and since bikes offer a better chance to experience the country, its rich archaeological heritage and world-famous scenery, bikes are also becoming a common way for tourists to get about. However, traffic accidents are Israel's number one killer: in 2010 (5769/5770) there were 27,733 injuries on the roads, 1,663 of them were serious and 349 people were killed. Total reported accidents numbered 14,603 - an 11% increase on 2009 (5768/5759).

While visitors are warned to keep away from flashpoints such as the border with Gaza but must also be aware that Israel's roads are more dangerous than those of many other nations, and must take extra care when cycling in the nation.