Paris-Roubaix was held on this day in 1910, 1911, 1921 and 1932. In 1910, the first year that pacing by bicycles or tandems was banned from the race (motorpacing had been banned in 1901), Octave Lapize won for the second consecutive year. Lapize won again in 1911, the first man to win in three consecutive years and, for nearly seven decades until Italian Francesco Moser equalled the achievement in 1980, the only man to have done so. 1921 finished for the second consecutive year at the Stadium Jean Dubrulle. The winner was Henri Pélissier, who had also won in 1919 and would win the Tour de France in 1923. Twelve years later, Pélissier was shot and killed by his lover Camille Therault after he attacked her with a knife - the gun she used was the same one with which  Pélissier's wife Léonie had committed suicide two years earlier after he drove her into a deep despair. The race was again held on this date in 1932, when it was won by Romain Gijssels.

The Ronde van Vlaanderen - which is now always held one week before Paris-Roubaix - was held on this day in 1955 (when Paris-Roubaix was two weeks later on the 10th of April and won by Jean Forestier). The winner was Louison Bobet - the next year, the two men swapped positions: Forestier won the Ronde and Bobet won Paris-Roubaix. Bobet had been accused of being a crybaby by other riders in his early career, but his success in hard races such as the Monuments and the Tour de France (which he won in three consecutive years from 1953 to 1955) reveals him to have been one of the toughest, strongest men in the history of cycling. Hugo Koblet took 2nd place to become only the second Swiss rider to stand on the podium, the first having been Heiri Suter in 1923 - it was one of his last major successes before declining health and probable clinical depression led to his retirement and tragic death, possibly a suicide.

Tony Rominger
Tony Rominger was born in Vejle, Denmark on this day in 1961, but is of Swiss nationality. On the 22nd of October 1994, he set a new Hour Record of 53.832km at the Velodrome du Lac in Bordeaux, then beat it with 55.291km two weeks later on the same track.

Rominger retired in 1997 after breaking his collarbone at the Tour de France.


Kieran Modra, a visually-impaired Australian cyclist born in Port Lincoln on this day in 1972, set a new Paralympic tandem record of 4:21.451 in the B3 class with Robert Crowe. Three years later, he beat the world record with Tyson Lawrence, setting a time of 4:20.891. He has also represented Australia in athletics and swimming.

Blake Caldwell, a cyclist born in Boulder, Colorado on this day in 1984, rode at the top level of the sport between 2007 and 2009 with the Garmin-Chipotle team, winning a stage at the Tour of Utah. In 2010, he was forced to leave the team and join Team Holowesko Partners so that he could race at a less competitive level due to the onset of the "brittle bone disease" osteoporosis.

Lon Haldeman was born in Harvard, Illinois on this day in 1953. He won the Race Across America - a 4,800km multi-day, single-stage ultra marathon bike race - in 1982 (the first year the event was held) and 1983, doing so on a diet of junk food, little water and even less sleep. 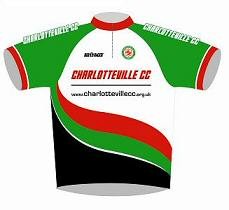 The Charlotteville Cycling Club, once home to record-breaker Sid Ferris and Vic Jenner (the man who brought Louison Bobet to Britain in 1954), was founded on this day in 1903 in Surrey, England. It had grown out of the Guildford Bicycle Club that started in 1877.