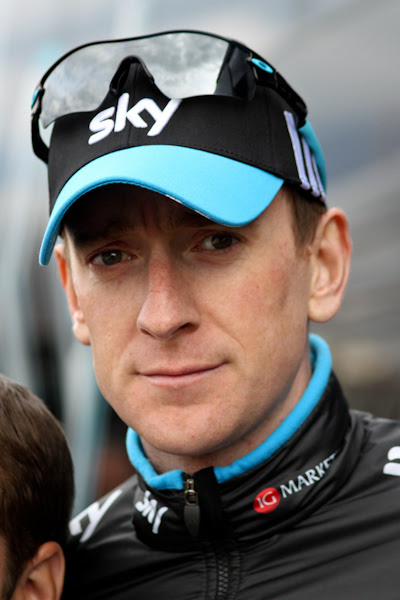 On this day in 2012, Bradley Wiggins became the first British winner in the history of the Tour de France.

Giovanni Battaglin
Born in Marostica on this day in 1951, Giovanni Battaglin became one of the shining lights of Italian cycling at a time when it seemed the Belgians were going to take the sport over completely.

Battaglin first came to note in 1972 when he won the Baby Giro, the amateur version of the Giro d'Italia, which brought immediate offers to turn professional. He chose Jolljceramica and would remain with them for five seasons - and in his first year, aged only 21, amazed the cycling world by finishing third overall in the General Classification (behind Eddy Merckx and Felice Gimondi) and King of the Mountains (behind José Manuel Fuente and Merckx) at the Giro d'Italia. These were truly remarkable results: a serious new talent had arrived and some wondered if Battaglin might even prove a greater rider than Merckx, who was then at the height of his powers.

In 1974 he finished sixth, proving that he could repeat his good performance; in 1975 he won a stage for the first time (Stage 13, an individual time trial) but didn't finish the race, later that year he rode his first Tour de France and finished two stages in the top ten but once again couldn't finish the race. In 1976 he won Stage 2 at the Tour but failed to finish for the second time and in 1978 he won Stages 6, 7 and 8 at the Tour de Suisse.

1979 would be Battaglin's real breakthrough year with General Classification victory at the Tour of the Basque Country and the King of the Mountains at the Tour de France, where he was sixth overall despite receiving a penalty when he failed an anti-doping test. He won Stage 18 and came third overall at the Giro a year later, but his career thus far was merely a run-up to 1981 - the year that he won the Vuelta a Espana courtesy of a superb ride by his Inoxpran team in the Stage 10 mountain team time trial, then began the Giro three days after the Vuelta ended. He took the lead in Stage 19 and kept it for the remainder of the race, becoming the second man (after Merckx in 1973) to win the Vuelta and Giro in a single season.

He rode the Tour again in 1982 and 1984, but had nothing like his earlier success: his best placing was 46th for Stage 3 in 1982. He did, meanwhile, manage third place for Stage 9 at the Giro in 1984, but it was obvious that for Battaglin the best years came early and he retired later that year. The bike company he started in 1982 is still in operation, its products are among the most desirable bikes in the world.


Three-time Lithuanian National Champion Rasa Leleivytė, born in Vilnius on this day in 1988, became World Junior Champion in 2006 and won the GP Città di Cornaredo in 2011. On the 18th of July 2012, the UCI revealed that an out-of-competition sample she provided on the 12th of June had tested positive for EPO; she was provisionally suspended pending investigation. When the investigation concluded that she had in fact used the drug, she was fined €5040 and handed a two-year ban, which came to an end nine days before her birthday in 2014.

Pascale Jules, born in La Garenne-Colombes on this day in 1961, won Stage 8 at the 1984 Tour de France. He was a close friend of Laurent Fignon and rode with him on the Renault-Elf team, the pair of them hoping to become the successors to Bernard Hinault, but moved to Seat-Orbea following a row with team manager Cyrille Guimard.

Jean-Claude Leclercq, born in Abbeville on this day in 1962, was French National Road Race Champion in 1985.

Jean-Claude Lebaube, born in Renneville on this day in 1937, wore the yellow jersey of the Tour de France for one day after Stage 11 in 1966. He was fourth in the overall General Classification at the 1963 Tour and fifth in 1965.